The Original 911 The Zuffenhausen Masterpiece

The original 911:  the masterpiece from Zuffenhausen

On 27 November, the eighth generation of the Porsche 911 will celebrate its world premiere in Los Angeles – 55 years after the debut of the original 911 model. This is reason enough to take a look back at the previous seven generations. Part 1: the original 911. 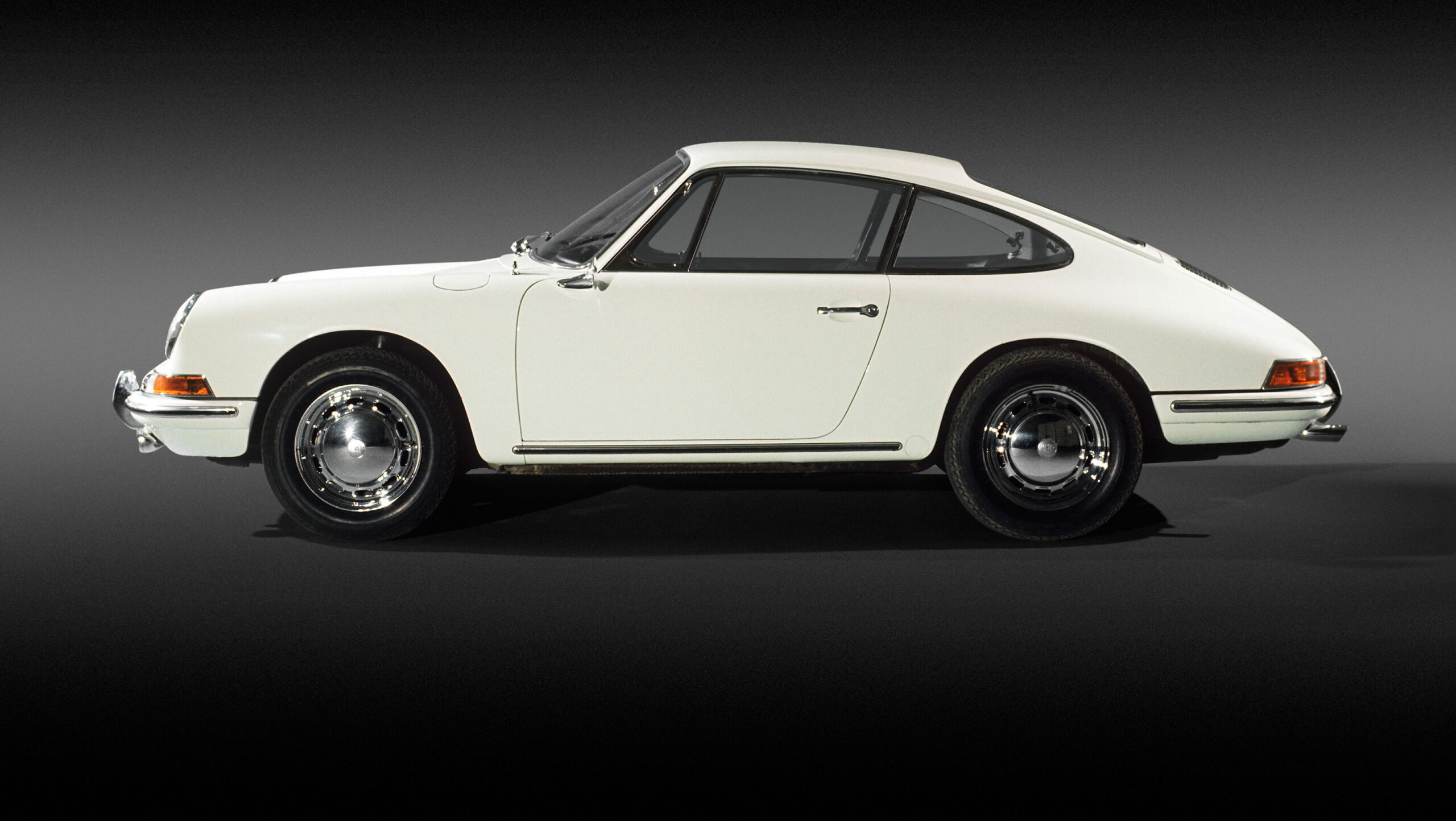 A legend is born at the International Motor Show Germany (IAA) in Frankfurt. It’s 12 September 1963: Porsche proudly presents the eagerly anticipated successor to the 356. The new sports car, originally known as the 901, is following in great footsteps. To reflect the ambitions of the brand, Porsche is now playing in a higher league with the new model: a flat engine with six instead of four cylinders and air-cooled in the best traditions of the company, but delivering 130 PS straight away. When the new model came onto the market in 1964 it was called the 911 – the result of a discussion about naming rights with the automotive manufacturer Peugeot. The 911 is quickly accepted as a “genuine” Porsche because the performance of the new sports car exceeds all expectations. The stage is thus set for an unrivalled global career.
The expansion of the 911 model range then continued apace. In 1965, Porsche responded to a discussion in the USA that had branded cabriolets as dangerous in a typically pragmatic way: the company presented the 911 Targa as the first-ever “safety cabriolet”, featuring a roll-over bar that was a good 20 centimetres wide, a removable roof section and rear mini soft top. This was known as the soft window. This was followed shortly afterwards by a panorama rear window with heatable glass. The name of the open-top variant – “Targa” – was derived from the Targa Florio endurance race in Sicily, which Porsche had already won four times. 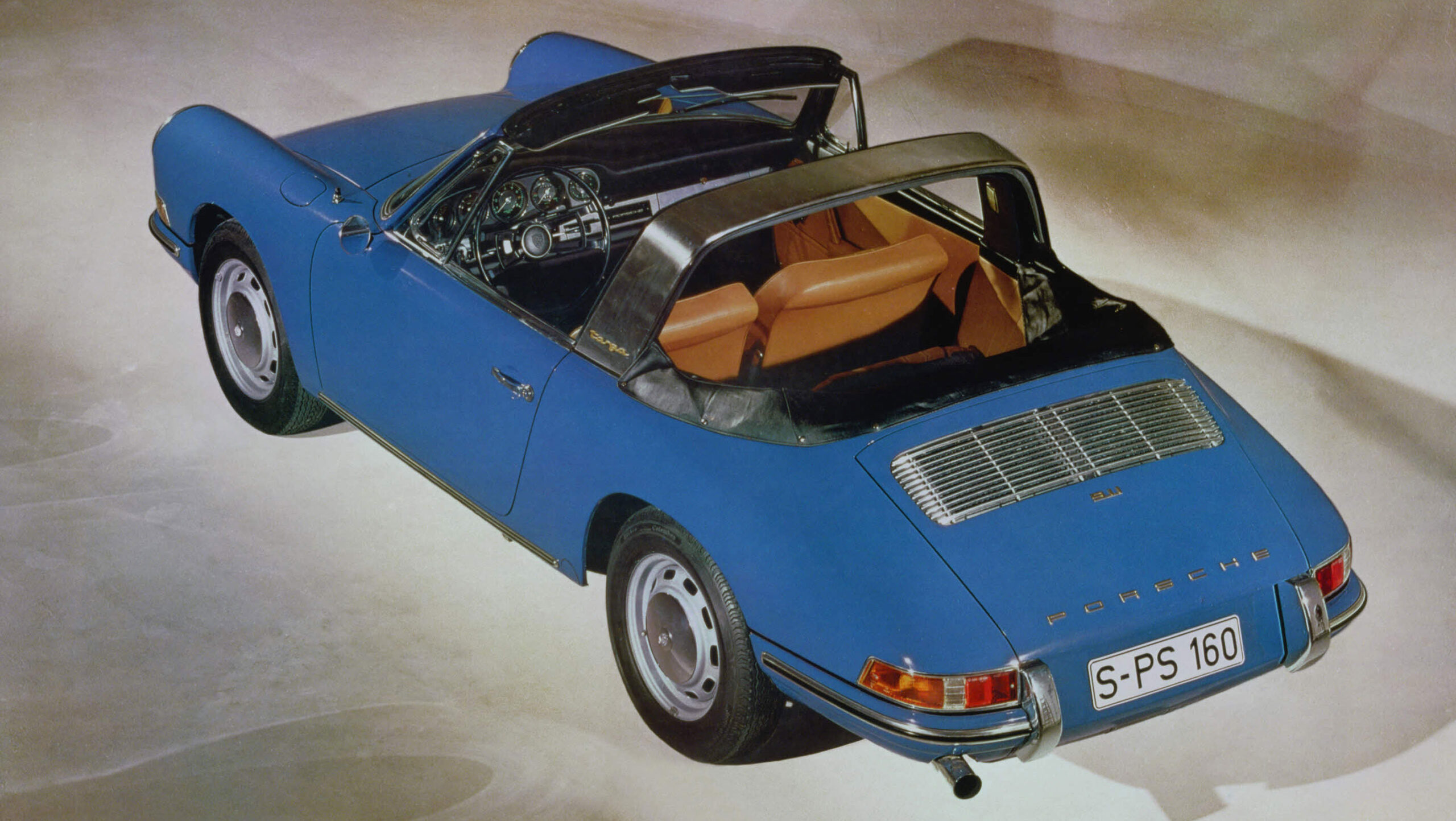 In 1966, another design icon celebrated its world premiere along with the 160 PS 911 S: the Fuchs wheel. Probably the most famous wheel in automotive history entered new technological territory: being forged from one piece made it much lighter.
Additional model variants were ready in autumn 1967: the 911 T with 110 PS rounded off the range below the top model 911 S and the 911 E – the suffix “E” stood for petrol injection. This made it very clean: with these variants, Porsche was the first German car manufacturer to meet the strict US emissions regulations. 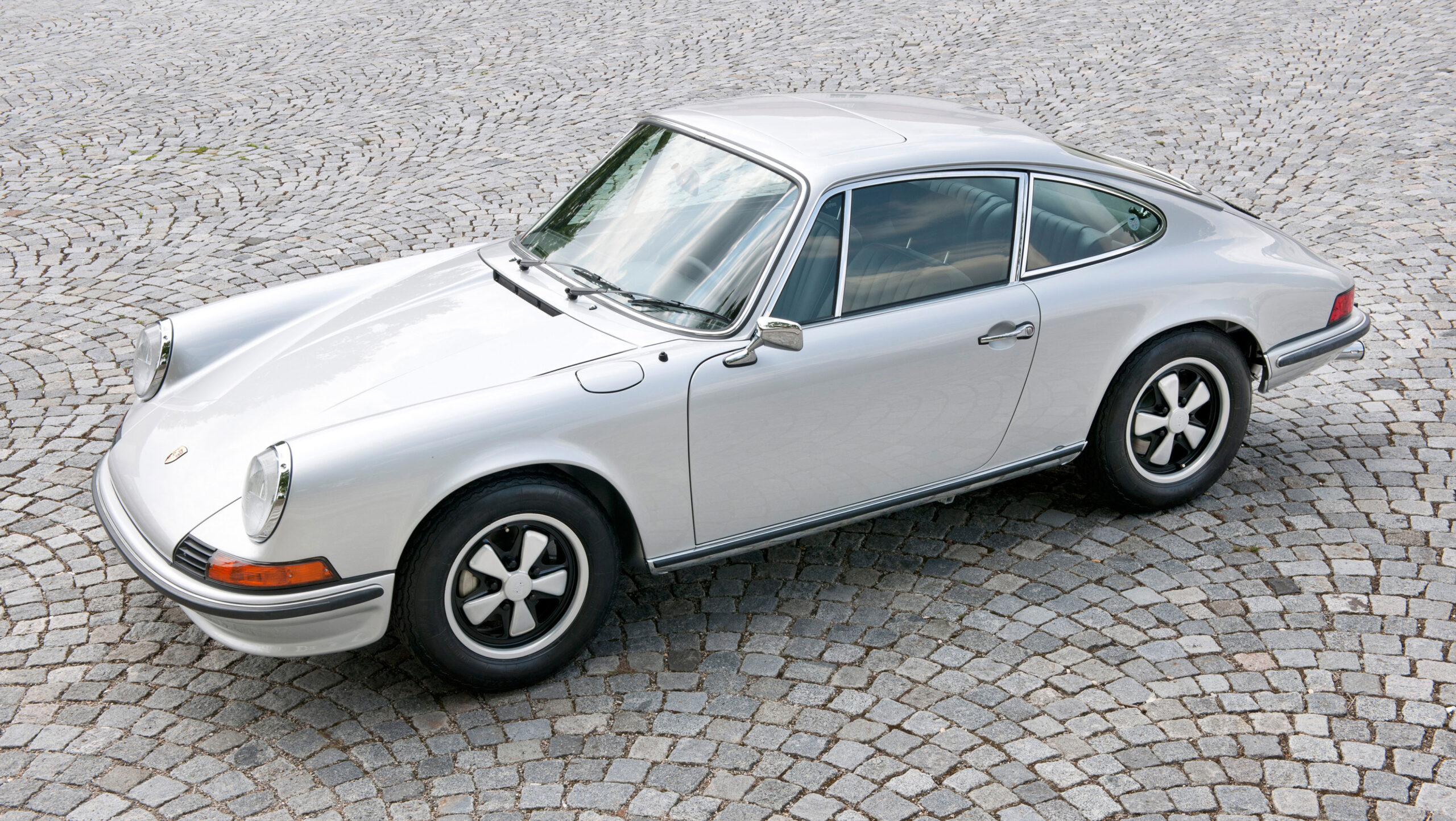 The continuous improvement of the 2+2-seater Porsche achieved a further milestone in the middle of 1968: from the 1969 model year, the wheelbase of the first 911 generation grew by 57 millimetres to 2,268 millimetres. Primarily, this gave the rear-engined sports car calmer handling. The 2.0-litre era ended in 1969: a four-millimetre larger bore increased displacement to 2,195 ccm. With the 1972 model year, the displacement increased even further to 2.4 litres, but the sports car was now also able to run on regular-grade petrol. Power ranged from 130 to 190 PS in the 911 S.
The 911 Carrera RS 2.7 became its very own legend with its “duck-tail” rear spoiler. This sports car weighed only 1,000 kilograms, developed a power output of 210 PS and had a top speed of over 245 km/h. In all, 1,525 cars left the factory gates in Zuffenhausen. This model therefore crowned the first 911 generation. A total of 111,995 original 911s were produced between 1963 and 1973.