The eighth generation of the Porsche 911 will celebrate its world premiere in Los Angeles on 27 November. It’s 55 years since the original 911 model debuted, and so a perfect opportunity to take a look back at the previous seven generations. Part 5: the type 996. 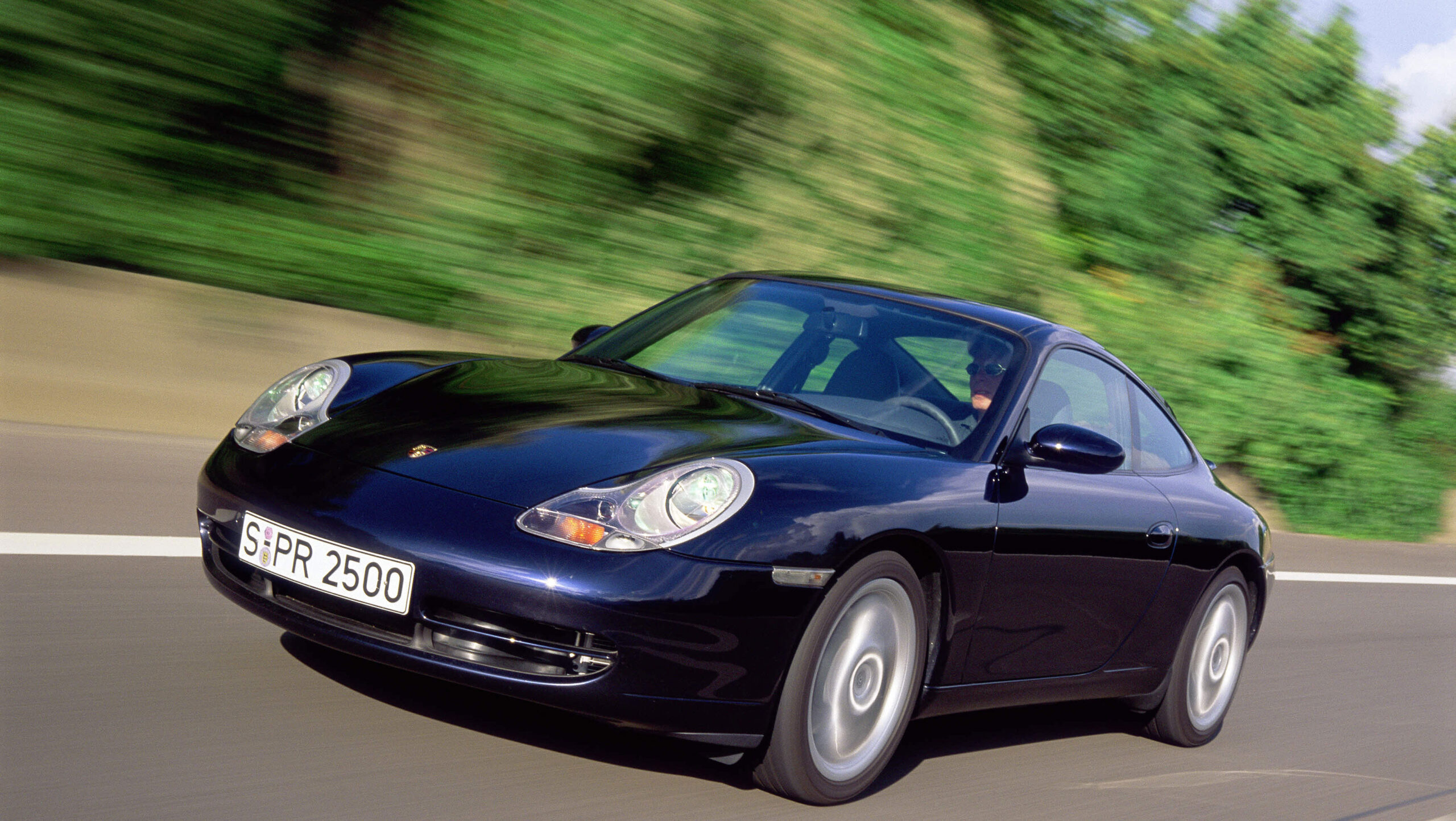 With the fifth generation of the 911 introduced in 1997 – the type 996 – Porsche took the bold step to stop using air-cooled engines. After 34 years, the sports car manufacturer completely revamped its icon with the new 911 and in doing so solved a number of urgent challenges. As part of a process that had started with the predecessor, the focus was on reducing production costs through maximum compatibility of parts with other model series, such as the Boxster, as well as on meeting updated safety and emissions regulations. Porsche found its path into the future with the 996.
It did this by preserving classic proportions and combining them with modern technology – in short, re-inventing a sports car legend and preparing it for the future. The 996 had a difficult legacy to follow, but it also represented the first chapter of a new era. That was already clear in the design.
The result was a newly developed body, which impressed with an elegant, no-frills look. The dimensions also grew: The new 911 was now 18.5 centimetres longer, and the wheelbase was also lengthened for the second time in the history of the model series. This increased by 80 mm, while the body width also added another three centimetres. The interior also benefited from these changes: the 996 offered more elbow room and a more generous feeling of spaciousness. The dashboard also had a new look: the five round instruments merge into each other – another break with tradition. 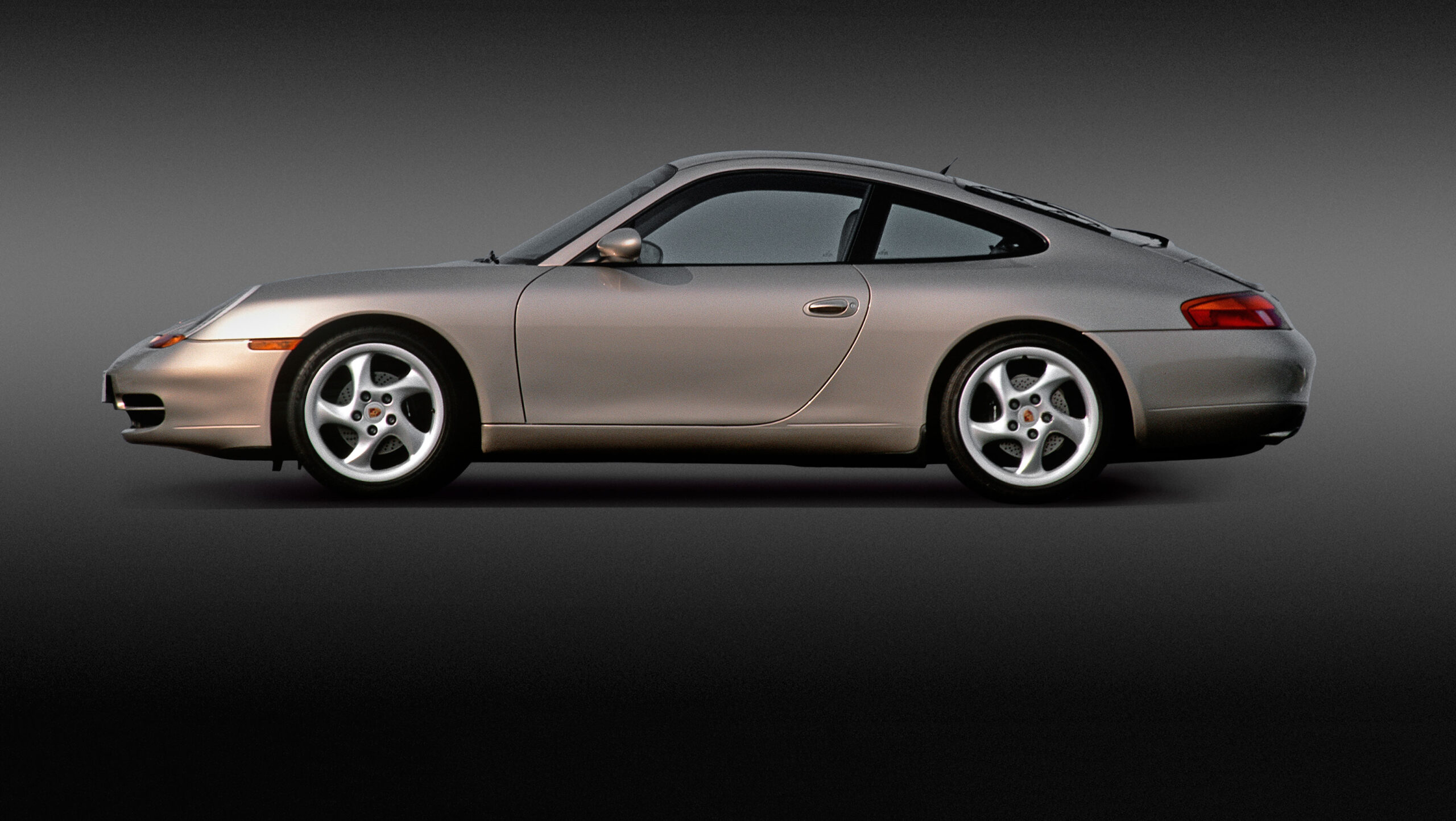 However, the greatest revolution was at the rear. The flat engine design was preserved – but not its air cooling, because this cooling principle did not have enough reserves to comply with the increasingly strict emissions regulations. In contrast, the newly developed water cooling system was ready for the future. This was also true for its performance: the four-valve six-cylinder engine generated 300 PS from a displacement of 3.4 litres, therefore matching the legendary 911 Turbo 3.3. After the engine facelift with a displacement of 3.6 litres, this increased to 320 PS, and in the anniversary edition “40 years of Porsche 911”, the power output even reached 345 PS.
The 911 Turbo also received a new water-cooled flat engine. This came with an impressive track record: as a 3.2-litre six-cylinder engine, it had already powered the 911 GT1 to victory in the Le Mans race in 1998. Thanks to twin turbocharging, it delivered 420 PS in the series-production vehicle. This 911 Turbo was therefore the first series model from Porsche to break the 300-km/h barrier. In the 911 GT2, the unit even produced up to 483 PS. The PCCB with ceramic brake discs also made its debut in the extreme sports car and was standard equipment in the GT2. This was 50 percent lighter than the brake with standard brake discs and had a service life of up to 300,000 kilometres. 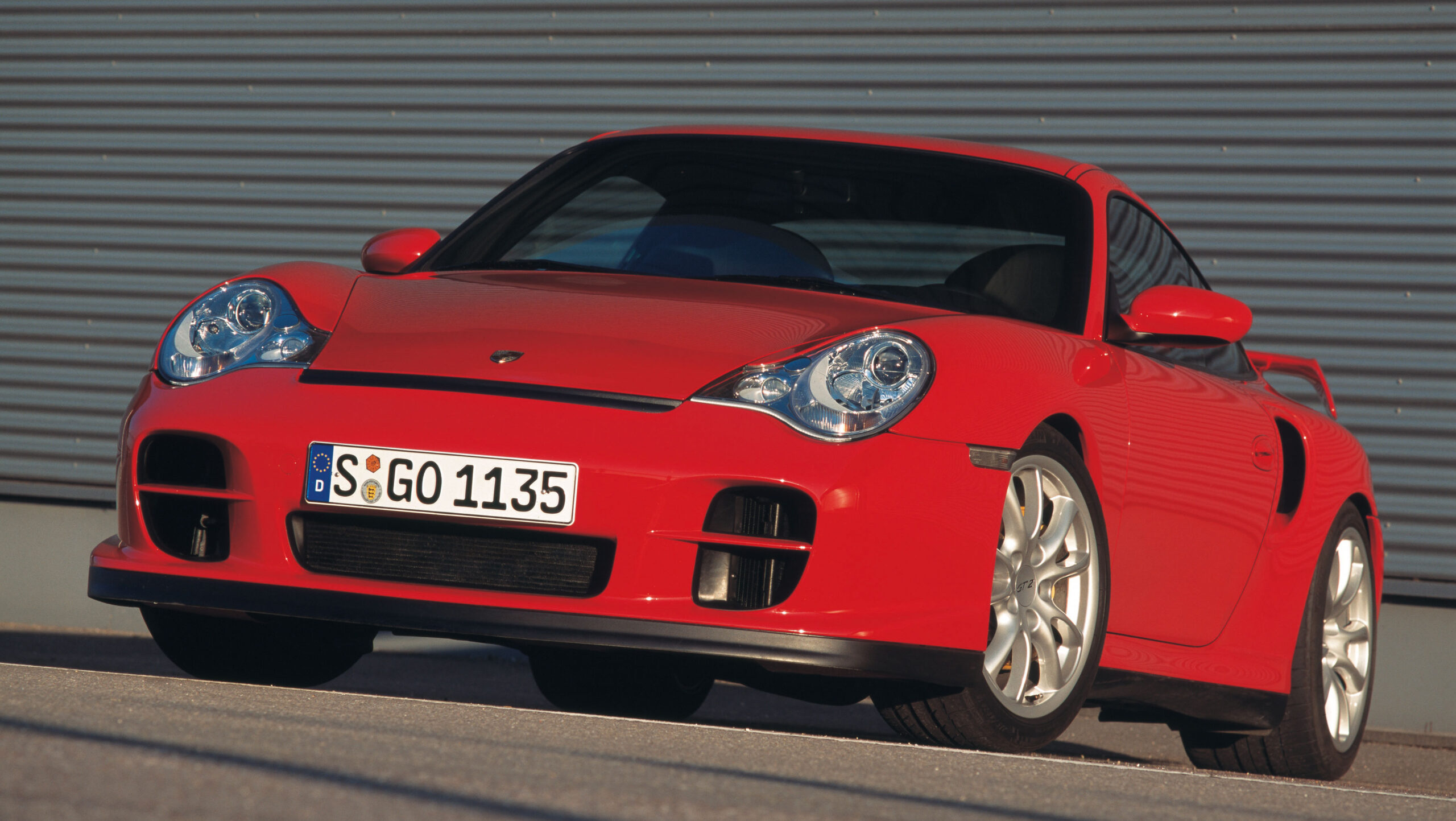 With the same engine but without turbocharging, the 911 GT3 marked the start of a new era: it offered pure driving pleasure both on the road and on the race track as part of Track Days. It also formed the basis for the Porsche brand cups, and was the starting point for many race victories of Porsche customer motorsport all over the world. In the 996, the 3.6-litre naturally-aspirated engine initially had an output of 360 PS, and then 381 PS. The 911 GT3 RS followed in 2003 as an even sharper edition. Between 1997 and 2005, Porsche produced a total of 175,262 Type 996 vehicles.