Celebrating our 70th with family friends out East. 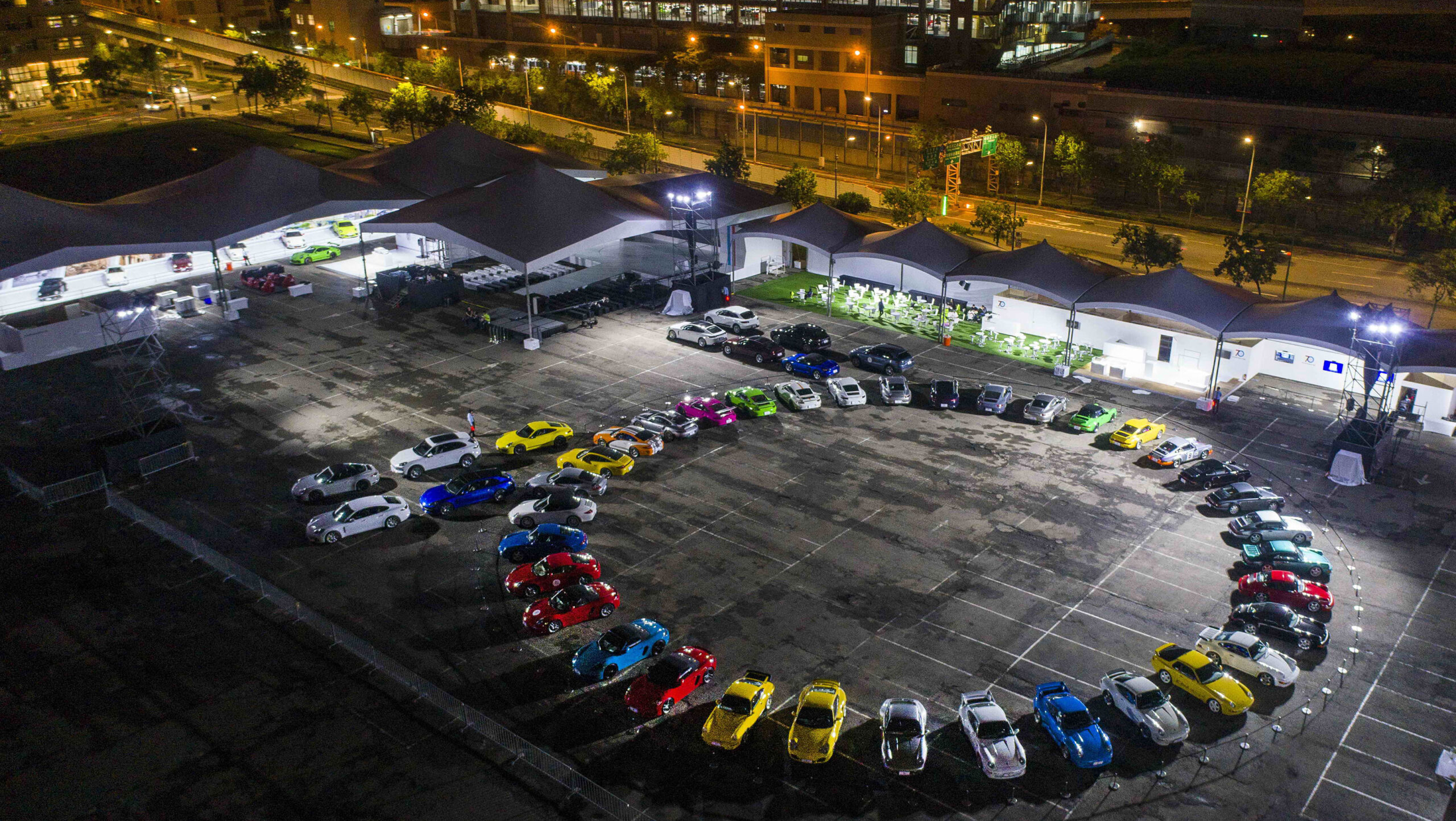 To mark 70 years of Porsche sportscars, Taiwan has just held its first official Porsche gathering. More than 8,500 visitors flocked to the Taipei Nangang C3 plaza, where 70 classic Porsche models had convened from all over the country to form the number ‘70’.
Cars on static display included icons of Porsche’s racing past such as the 550 Spyder and 911 Carrera RS. The event also heralded the official market launch of the 911 GT3 RS, resplendent in Lizard Green, and provided a wide variety of interactive activities designed to engage fans of all ages including a driving simulator and mini Porsche racing.

The official market launch of the 911 GT3 RS
“Formerly, the passion towards sports cars could be personal interest. Since seven decades have past, Porsche has not only grew deep in culture, but also accumulated numerous fans around the globe as well as in Taiwan making it possible for us to share such boiling passion of sports cars with the public” said Mr. Mathias Busse, CEO of Porsche Taiwan, “Not to mention with the portfolio line-up of Cayenne and Macan, such passion is therefore able to spread to the family of Porsche owners. We are honoured to celebrate this significant milestone of all owners and fans in Taiwan and, to further address the savouring moment of 70th anniversary of Porsche.”