Porsche has continued to be a trendsetting automotive maker throughout its over 70-year history, from its influential branding and iconic model lineup to its innovative technology and track-tested performances. Explore Porsche’s culture-defining milestones and innovations, learn how Porsche has maintained its relevance through its timeless design and continuous pursuit to be the best.

From the very beginning, Porsche has proved you can really have it all, a nimble and track-ready sports coupe and a luxurious daily commuter wrapped into one piece of art. Setting the bar over and over again, Porsche has invoked a religious commitment to its origins without holding back its strives for innovation. It all started in 1948 when the birth of the Porsche brand in Gmünd (Austria) arrived on the scene and introduced the world to the Porsche’s type 356 “No. 1” Roadster. After its class victory by its further enhanced 356 SL at the 24h of Le Mans, Porsche immediately gained attention throughout the world. 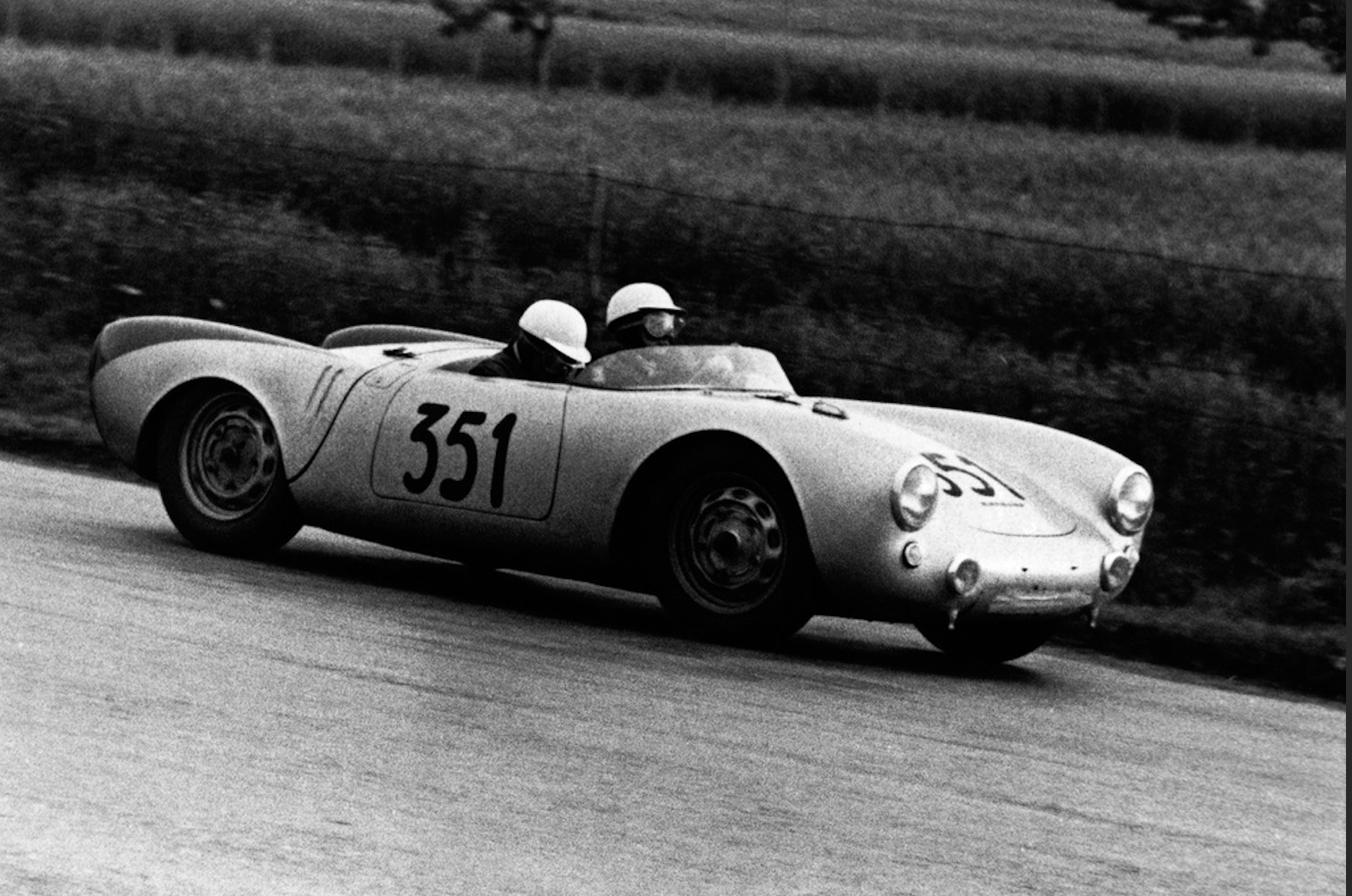 Gaining positive reviews and attention, from 1953 onwards Porsche’s next innovation was the 550 Spyder. This instant classic was a mid-engine designed roadster designed for motorsport specifically and saw spectacular success throughout its run. With increased success and notoriety, the 10,000th Porsche 356 was produced just eight years after the Typ 356 “No. 1” Roadster came out.
The 60s continued Porsche’s growth and innovations, as on and off the track Porsche pushed itself to be the best. 1962 was a big year for Porsche, the Porsche 804 won the French Grand Prix and the 50,000th Porsche rolled off the assembly line. A year later Porsche introduced the legendary 911, a fastback coupé with a 2+2 seating arrangement and two-liter, 6-cylinder 130 hp flat-six engine at the rear.
In the latter half of the 60s Porsche introduced the Porsche 911 Targa, a triple victory with the Porsche 910 at the Targa Florio, a slimmed-down 911 R was developed, and Porsche achieved its first overall victory at the 24h of Daytona with the type 908 LH. The victories continued on to the 70s with the 917 Short-Tail Coupé’s first-ever overall victory at Le Mans, the Porsche 917/30’s victory at the Canadian-American racing series, and multiple world championships. Each innovation helped change the landscape of the automotive industry, allowing consumers to buy a premium sports car bred and developed in racing history.
At the peak of the oil crisis in the 70s, Porsche developed and introduced the first 911 Turbo – the world’s first production sports car with exhaust turbocharger and pressure regulator and the 924, Porsche first produced a front-engined sports car in a transaxle configuration and with galvanized body panels.

Starting the 80s strong, Porsche launched the Porsche 944 with a 163 hp, 4-cylinder engine rounded off the transaxle model range. By the end of the 80s, Porsche celebrated the 25th anniversary year of the 911 by introducing the newly developed 911 Carrera 4 with an all-wheel drive and capped off the decade with the redesigned 911 Speedster. A new coupe that offered a new driving experience, with its low windscreen, spartan interior, and emergency soft top.
From the final development stage of the Porsche four-cylinder transaxle models and the first twin-turbo engine in a 911 to the 1 millionth Porsche rolling off the assembly line, the 90s were a great decade for Porsche. While the 2000s kept the good times rolling, revamping and updating Porsche’s classic look to new models. At the Louvre in Paris, Porsche displayed the high-performance Carrera GT sports car. The study featured a carbon-fiber chassis, as well as a 10-cylinder naturally-aspirated engine. 2002 saw the third car line come out with the new Porsche Cayenne, a sporty, off-road Cayenne SUV.
New car lines continued to roll out the years that followed, from the new Panamera that brought sports car technology to the premium sedan segment, the sporty and powerful Macan SUV, and the latest all-electric Mission E lineup which saw the newest Taycan begin to take over the electric segment today. Each model offers even more functionality, versatility, and technology than ever before without losing sight of the racing spirit of Porsche’s origins.
Ready to become a part of the Porsche community and legacy? Find your dream car at Barnaba Auto Sport today, browse our large online inventory and stop by for a test drive. Come by our dealership in Batavia, IL to see how easy it is to buy a quality used. We believe fair prices, superior service, and treating customers right leads to satisfied repeat buyers. Our friendly and knowledgeable sales staff is here to help you find the car you deserve, priced to fit your budget. Shop our virtual showroom of used cars, trucks, and SUVs online then stop by for a test drive.