Named after the Targa Florio, a sports car road race in Sicily, Italy in which Porsche had several victories until 1973. What sets the Porsche Targa lineup apart is the targa top or targa for short. What does that mean? Basically it’s a semi-convertible car body style with a removable roof section and a full width roll bar behind the seats, first used on the 1966 Porsche 911 Targa. The Porsche 911 Targa has a rich history starting from the 1950s to today. 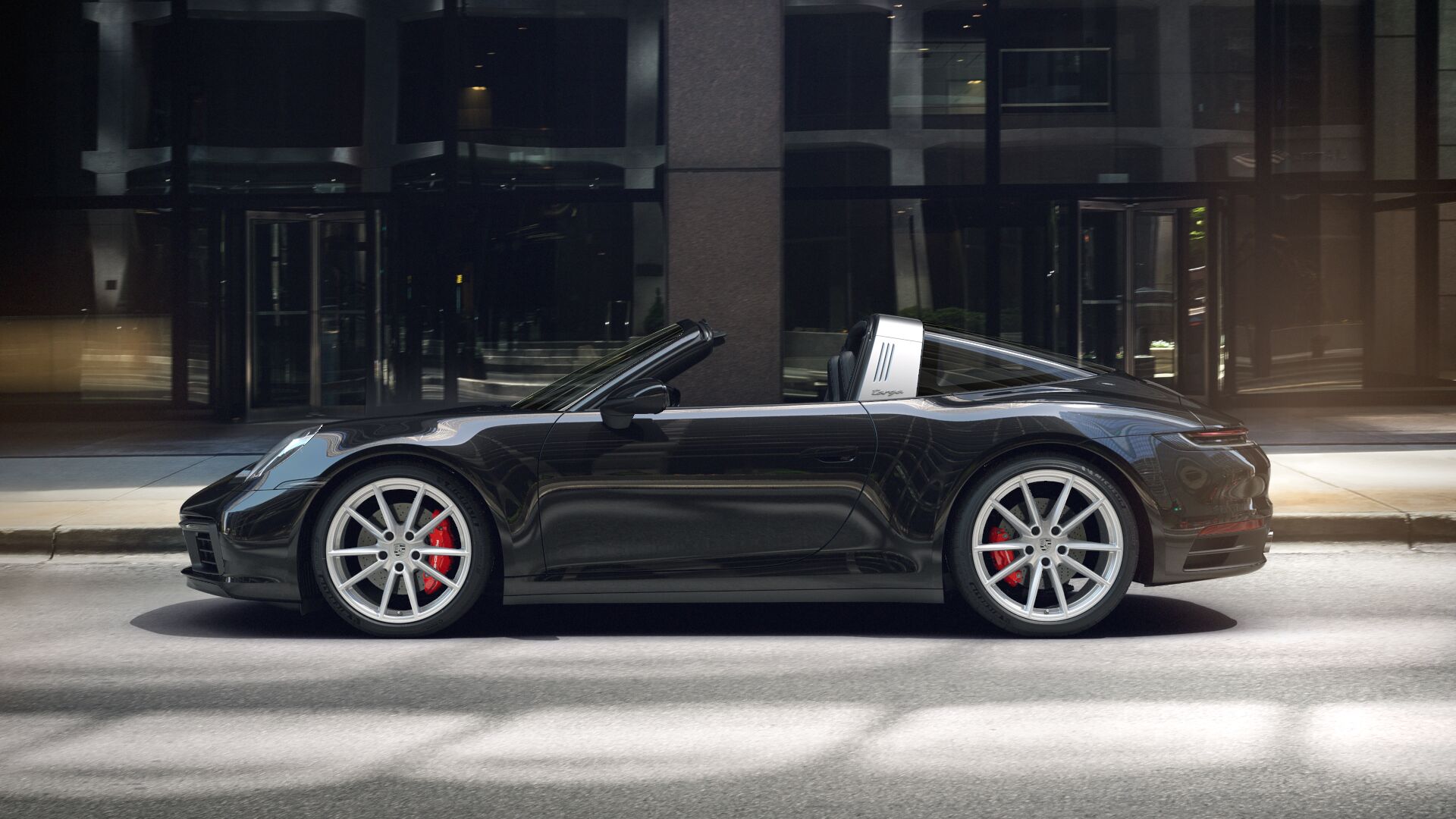 1950s
As a response to the increased safety requirements for open-top cars in the American market, Porsche looked to create something truly dynamic, unique, and most importantly safe to fulfill the concerns while maintaining and expanding Porsche’s racing legacy. Echoing the racing spirit of the Porsches of the past by naming its new breed of 911s after the Targa Florio road race in Sicily where Porsche saw success since the mid 1950s.
1960s
In August 1965, Porsche applied for a patent for the Targa concept, later being
introduced in September 1965. First breaking ground at the International Motor Show in Frankfurt. The Targa concept showed a different kind of Porsche driving experience, featured not only in future 911s but also in future 914 and Carrera GT.
1970s
From the late summer of 1973, the G series models were now modified to feature new box-shaped bumpers with black bellows on the side, the ability to absorb impacts up to speeds of 8 km/h without any damage to the body, and added durable brushed stainless steel or black Targa roll bars.
1980s
Autumn of 1988, Porsche introduced the first all-wheel drive 911 with the 911 Carrera 4 Type 964. This new feature made it the third generation of the iconic sports car from Zuffenhausen. Additional major changes could be found throughout the latest model outside of retaining the classic body shape of the 911. Underneath, nearly 85 percent of all the parts were new, showing Porsche’s identity as a automaker who combines innovation and tradition.
1990s
911 Carrera 2 Targa and 911 Carrera 4 Targa were built until 1993, still producing the classic Targa roll bar and the removable roof centre section. At this time, a total of 87,663 Targa models were built within the first three generations of its conception. By November 1995 a new Targa body emerged, taking the original idea in a completely different direction with features like:
2000s
The 911 Targa had an electrically operated glass roof, now with a surface area of more than 1.5 square metres. The most glass surface area in a Porsche 911 ever. Additionally the new Targa was the first 911 to provide a rear window that could be folded. This made it easier than ever to access the rear storage compartment and allow more storage space.
In 2006 the sixth 911 Targa featured the same roof design, but with an additional practical rear lid and the special glass made it possible to reduce the weight by 1.9 kg. At the same time, the new 911 Targa was now only available in the two all-wheel drive variants – the 911 Targa 4 and the 911 Targa 4S.
2010s
In the early 2010s Porsche introduced the seventh and fully redesigned 911 generation. The new 911 Targa was introduced in January 2014 and was seen as a modern classic. Just as previous generations did, the new Targa combined its state-of-the-art roof convenience with traditional and innovative design elements. These elements included:
Discover all the different 911 Targa generations for yourself at Barnaba Auto Sport. See how the 1965 classic has left its impression throughout the Porsche fleet. Come by our dealership in Batavia , IL to see how easy it is to buy a quality used. We believe fair prices, superior service, and treating customers right leads to satisfied repeat buyers. Our friendly and knowledgeable sales staff is here to help you find the car you deserve, priced to fit your budget. Shop our virtual showroom of used cars, trucks and suv’s online then stop by for a test drive.